How Are Philippine Currencies Classified?

Take a look at the bills in your possession.  Try to examine it.  You may have a worn-out 500-peso bill or a floppy 100-peso bill.  Before you give them a stern look, read on the following article.  Probably, it may still be exchanged in the bank.

Our currencies are classified into three (3) types - FIT, UNFIT and MUTILATED.

Fairly clean such that its genuineness is very obvious.

With creases and folds which have not broken nor weakened the note.

Tainted with ink or other chemicals

Contains heavy creases which break the fiber of the paper and indicate that disintegration has begun.

With writings even if it has proper life or sizing.


NOTE:  Currency notes considered unfit for circulation shall not be re-circulated, but may be presented for exchange to or deposited with any bank.


MUTILATED NOTES are classified as such when the original size of the note has been lost through various causes as shown below.

Through ordinary wear and tear.

Damaged due to action of water/chemical/other elements.

Scorched or burned that the note becomes fragile/brittle and susceptible to disintegration/breaking.

Fragments of currency or torn notes joined together with transparent tape/staple wire to preserve the original design  and size of the note.

jm_kramb
JM_KRAMB stands for Joel, Michelle, Kei, Randy, Aaron, Mariz and Bobot. They are bankers and students of public administration who share the same passion for improving financial literacy in our society. JM_KRAMB believe that financial literacy is an excellent tool to alleviate poverty.

Should you have any reactions t0 our posts, please feel free to leave a comment or e-mail us at jm_kramb@gmail.com.
Thank you. 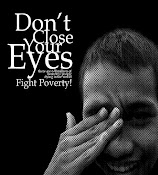